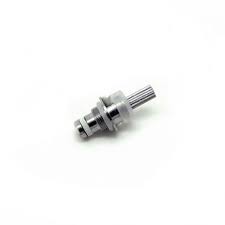 If you use an e-cigarette with an atomizer or replaceable coil, you’re already aware of the fact that e-
cigarette atomizers rival the best cartomizers in terms of vapor production and true-to-life flavors. What

you may not be so fond of, though, is the fact that these e-cigarette components are often relatively

five times the cost of a standard cartomizer, and it doesn’t last any longer — or does it? If your atomizer

coil has begun to exhibit muddled flavors or lessened vapor production due to e-liquid buildup, a good

cleaning can remove the gunk and restore some of your e-cigarette’s lost performance.

If you drip e-liquid directly into your atomizer, there’s a good chance that you’ll have a bit of a mess on

your hands when you remove the atomizer for cleaning. Fold a paper towel to create a small, stiff edge

guard. This will remove the condensed liquid that impedes airflow and lowers vapor production.

Next, turn your attention to the atomizer itself. If you experience bubbling or gurgling noises when using

your e-cigarette, it means that the atomizer’s wick has become so saturated that e-liquid has begun

to flow down to the threading below, clogging the air holes. Clear this out by blowing firmly through

the atomizer while holding a paper towel against the opposite end. Some people recommend blowing

you’ve completed this process, your e-cigarette and atomizer will be clean, dry and ready to use.

your atomizer such as the wick and heating coil. This film doesn’t vaporize and will continue building up

inside the atomizer until it becomes completely unusable. By using a solvent to break up this film, you

may find that your atomizer will perform nearly as well as it did when you first purchased it.

To give your atomizer a full cleaning, fill a bowl with hot water or grain alcohol. Both solvents work well;

alcohol has the benefit of evaporating more quickly than water, but it may also leave a distinctive flavor

on the atomizer coil until you’ve completely flushed it out with e-liquid. Agitate the bowl to push the

to remove the majority of the solvent.

At this point, you won’t be able to resume using the atomizer immediately. At best, the solvent will mix

with your e-liquid and create off flavors. At worst, the solvent will vaporize too quickly and char the

atomizer’s wick, creating a permanent bitter flavor. Allow at least one full day for the atomizer to dry

completely. To speed this process up, you might consider placing it in your refrigerator, which removes

ambient moisture automatically. Prime the atomizer with a generous amount of e-liquid before using it