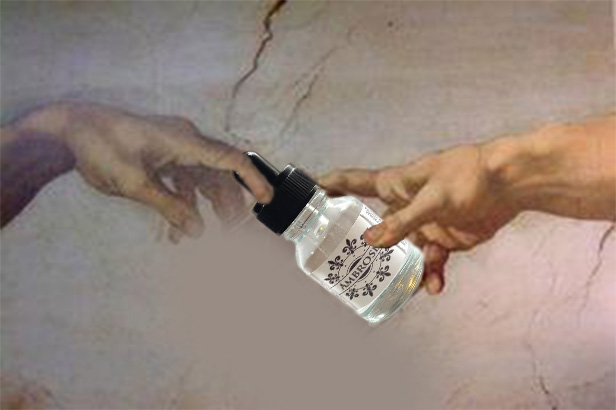 Unless you’ve been living under a rock, you probably know that there is a substantial amount of buzz surrounding health concerns of the eCig industry. Because Nola Vape advocates properly educating those who are eager to learn, we’ve decided to drop some knowledge about what the real story is behind what you’re vaping and how it fits into our modern culture.

You deserve to know the truth about #vapelife.

The following misconceptions have been debunked:

1.    “Nobody can tell what in God’s name is even in that goo. You have no way of knowing what you’re even putting into your system.”

Most eJuice includes the following ingredients: water, propylene glycol, vegetable glycerin, flavoring, and usually (surprise, surprise) nicotine. However, there are quite a few vapers that stipulate not to add nicotine to their eJuice, as they vape it solely for the flavor.

2.    “You might as well be lighting up a cigarette because of all the carcinogens.”

Actually, extensive research has found that e-cigarette vapor is safer than traditional tobacco smoke and that the toxicity risks are similar to ones from other products aimed at smoking cessation (i.e. Niccorette). So, one nicotine patch has around the same amount of tobacco-specific nitrosamines (TSNAs) as the vapor from your eCig.

Ergo, vaping is just as “safe” to your body as chewing a piece of Nicotene gum.

So this basically means that vaping is immensely healthier than smoking actual cigarettes.

First of all, a secondhand vapor isn’t even on the same level of disgusting as smoke from a cigarette. The flavors are mostly pleasant to smell. Mostly being the keyword.

Let’s not forget that secondhand vapor does not contain carbon monoxide, a detrimental ingredient lingering in secondhand smoke. A recent study finds that air quality following e-cigarette exposure is substantially less harmful than after tobacco cigarette use.

This smut is erroneous logic on so many levels, so let’s begin with the fact that teenage smoking rates of traditional cigarettes have vastly plummeted.  In 2009, 11 percent of teens were considered smokers, whereas in 2014 only 6.7 percent admitted to picking up the habit.

A study found in the American Journal of Preventative Medicine asserts there is very little chance that a nonsmoker who tries an e-cigarette will develop a tobacco smoking habit.

Then there’s the fact that Nola Vape does not sell to minors.

There are far worse things to be concerned with than a kid attempting to score some eJuice during recess. Besides, after all those “Just say no” lectures in grade school, we’ve been reassured that the youth of our nation is in good hands.

5.    “All these vapors are essentially just trading one addiction for another. It’s not even helping them quit. It’s only exacerbating the problem.”

Incorrect. The freedom Nola Vape customers have to specify how many milligrams of nicotine per bottle makes it easier to gradually decrease your levels. In this fashion, vape customers have the option to taper off without having to quit cold turkey.

Let’s face it – most people that go about quitting smoking in the old-fashioned “cold turkey” method are just fooling themselves. They will inevitably “relapse” or “fall off the wagon,” or whatever terminology you would use to describe a tobacco addict.

So rather than being delusional, you can actually set goals to slowly and comfortably lower your levels of nicotine by customizing your eCig experience to tailor your own specific needs. Our staff at Nola Vape, New Orleans has found success in quitting smoking using this method and helped others in New Orleans quit smoking.

It is our hope that you can quit smoking cigarettes for good too.

We are like a support group here at Nola Vape, so if you have any questions or concerns about our product, please don’t hestitate to contact us by emailing admin@nolavape.com